Post on September 23, 2022 from our Family, Stories, Sickle Cell 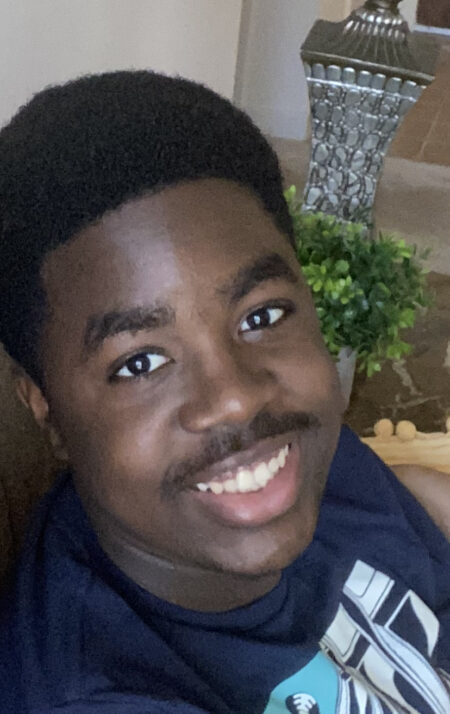 Our story opens with the camera slowly zooming in on a crying baby. It pans to his parents, anxious and exhausted. The eight-month-old child isn’t hungry. He doesn’t need a nap. His parents can’t determine what has made their baby so upset, they just know something is wrong. The baby’s name is Shaun, and his saga is just getting underway.

Shaun’s parents would soon discover the source of their baby’s trauma – sickle cell anemia, a red blood cell disorder that affects hemoglobin, the protein that carries oxygen through the body. His mother had known she carried the trait for sickle cell, but his father had tested and thought he did not. After Shaun received his diagnosis, a further test revealed that his father did, in fact, carry the trait.

Fortunately for our hero, he had some considerable help in his corner, his mother, Laurel. She devoured as much literature as she could about sickle cell – how to manage it, what treatments were available, and what dangers to watch out for – and did her best to keep her boy safe.

“We could manage the sickle cell in the first two years,” Laurel remembered. “In subsequent years, what we learned was that once it was flu season, we had to be more vigilant. Once it hit October, he would end up in the hospital because of the flu and cold viruses in the school.”

Though it took some time to realize it, the other heroine in Shaun’s life entered when he was two-and-a-half years old and his sister, Shania, was born. Almost immediately, Shaun’s doctor advocated that his sister be tested as a match for a potential transplant.

“At the time, the traditional bone marrow transplant meant that they would kill off all his blood cells, and there was a chance his body could still reject the new ones,” Laurel said. “I asked his doctor what would happen if that happened. She looked at me and said, ‘You know what would happen.’ So I said no, we are not going to do that.”

As he grows up, we see scenes flash by from Shaun’s childhood. He liked basketball and soccer until the physical risks became too great. Growing up in Trinidad & Tobago, he loved going to the beach. It required great care to keep him warm after he got out of the water, but the family would always go through the effort. More hospitalizations occurred, and as Shaun grew up he developed a love for video games and photography. He especially liked movies and the escape they allowed from his normal daily routine. 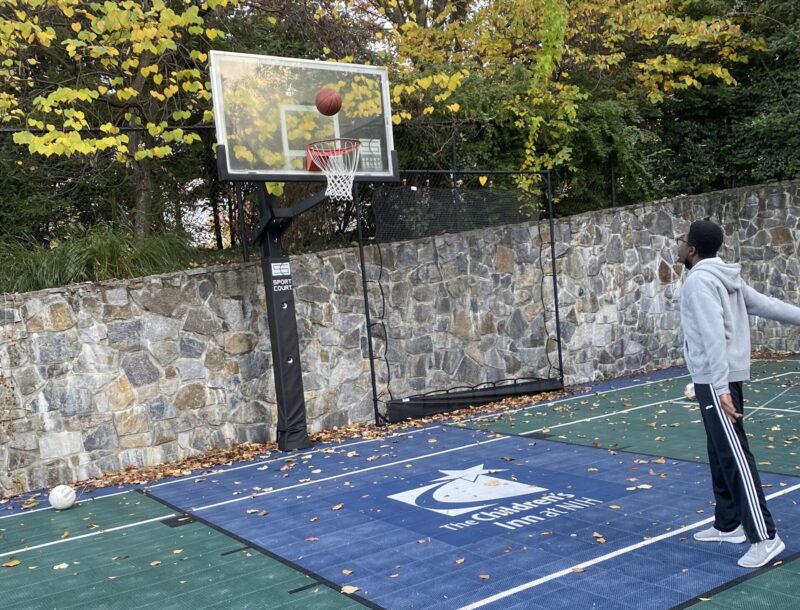 As Shaun grew older, living as normal a life as he could with his condition, his mother continued to do research. She started seeing more and more stories of successful bone marrow transplants, and began to consider it a real possibility. When he turned 18, she contacted several hospitals in the United States with trials that could help him. Shania was tested to see if she would prove to be a match for the transplant.

“They called back with her results and told me that they had good news and bad news,” Laurel recalled. “They said that the good news is my daughter is a 10-out-of-10 match [as a potential bone marrow donor] for Shaun. The bad news is that excludes him from these trials.”

They had the option of continuing with a transplant outside of a trial, but the out-of-pocket cost was exorbitant. Laurel was crushed.

Then, she contacted the National Heart, Lung, and Blood Institute at National Institutes of Health. It had a trial open to patients with full bone marrow matches. Laurel called in February of 2021, less than two months after Shaun had turned 18.

“Everything went so smoothly from there,” she remembered. “By July, they were ready for us to come and prep for the transplant.”

With Shania as his donor, Shaun and his two heroes came to The Children’s Inn, where they stayed from July to December of 2021. There were no complications stemming from the bone marrow transplant in September, and after staying in the United States for several months for continued observation, Shaun was able to return home. Because Shania carries the sickle cell trait, Shaun now does too, but he is able to live a normal life without the debilitating symptoms.*

Shaun loved the games at The Inn, and had the chance to meet other people from around the world and near home in the Caribbean who had come to NIH for treatment. “We were really amazed at how many amenities there were to make you feel at home,” Laurel remarked. She was particularly grateful for the support and stability that The Inn provided.

Cut to the present day. Now at their new home in Antigua, Shaun is preparing to pursue a college degree in video production. Currently, he is enrolled in a local college for an Associate’s degree in graphic design, with no video production programs available nearby. But once he has that complete, the plan is to enroll in a four-year college overseas for video production and media arts.

Shaun and his story are just beginning. There may be future scenes at The Children’s Inn, should he need to return to NIH for observation or the possibility of a second transplant. But with his family at his side, there is a happy ending in store for Shaun and a promising future ready to be staged.