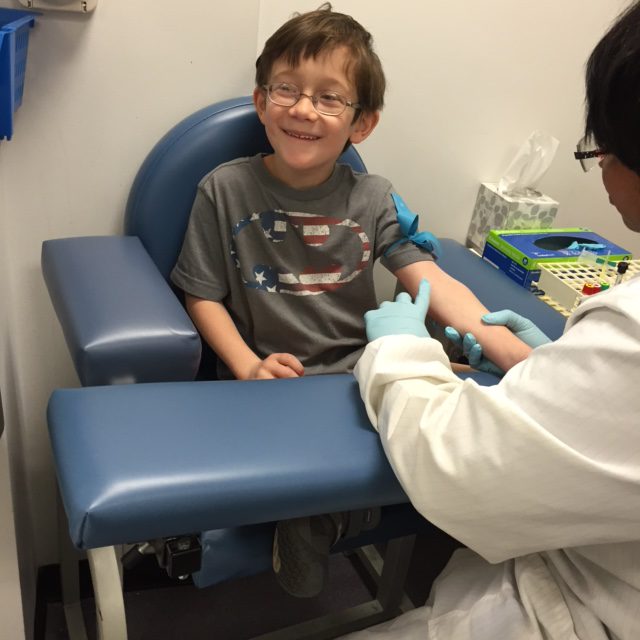 Carly Israel Borstein deeply dislikes running. Nonetheless, when she learned of the opportunity to support The Children’s Inn by joining its Marine Corps Marathon #RunINN4Kids team, she immediately signed up for the race’s 10K.

Carly’s son Desi, age 7, has suffered from two highly unusual, life-threatening medical conditions since birth. He first visited The Inn at age three, staying for five nights with his family while undergoing many tests at the NIH. Since then, the Borstein family has returned six more times from their home in Ohio. “I am running because this is the only cause that directly benefits my child,” Carly says. “The Inn and the NIH have been game changers for us. Without them, I don’t know where we would be.”

Born with a complete blockage of an important vein connecting his brain to his heart, Desi is a medical anomaly. His body formed alternative blood vessels around the blockage, but in doing so prevented the bones in the back of his head from completely closing. As a result, Desi risks suffering a potentially fatal head injury and must wear a protective helmet nearly all the time. None of the many medical experts Carly consulted had ever seen this condition, and Desi was once referred to as “a patient of one.” Desi’s immune system is also compromised, and he suffers from infections and frequent fevers which spike at unusually high temperatures of up to 107 degrees.

Desi and his family have found help and hope at the NIH, where they have worked with Dr. Daniel Kastner, the scientific director of the NIH’s National Human Genome Research Institute (NHGRI), and Dr. Patrycja Hoffmann, director of Metabolic, Cardiovascular and Inflammatory Disease Genomics Branch, Inflammatory Disease Section, NHGRI. Fortunately Desi’s doctors prescribed a medication that successfully keeps his fevers in check for months at a time, allowing him to attend school and play freely.

“It is beyond privilege to get to work with the brightest minds in the world,” Carly says of the NIH.

Due to his health issues, Desi has had to miss many weeks of school. But he and Carly have found a supportive second home at The Children’s Inn, which helps Desi feel better about traveling to the NIH for checkups. “Desi misses more school than normal when he gets really sick,” Carly explains. “He feels alone and left out. He gets sad. But he also loves to go to the NIH and especially loves The Children’s Inn. It is his Disney World. He loves it there.” 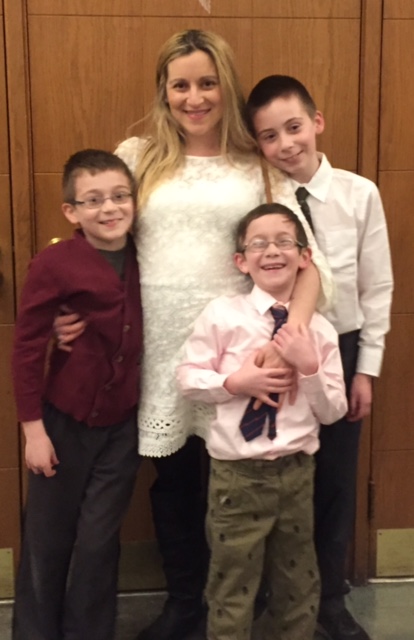 As part of The Inn’s charity team, Carly had to meet a $600 fundraising challenge. She quickly exceeded her goal, and has raised more than $6,000 so far to benefit The Children’s Inn.

“I run for Desi,” Carly explains. “I run for the families who cannot run. I want to make my son see that people care and that he matters, and that we are trying to do something to help. To let him and others know that they are not alone.”