To make a big difference, all it takes is a little bit of determination. For proof of that, look no further than Lawrence Li, a rising high school senior and the youngest member of The Children’s Inn at NIH’s Leadership Circle.

Lawrence grew up with an awareness of The Inn thanks to a mother who has spent her career working at the NIH. When he was in middle school, he decided that he wanted to get involved and find ways to help make The Inn “a place like home” for children who were seeking their best hope for a cure to rare illnesses at NIH. 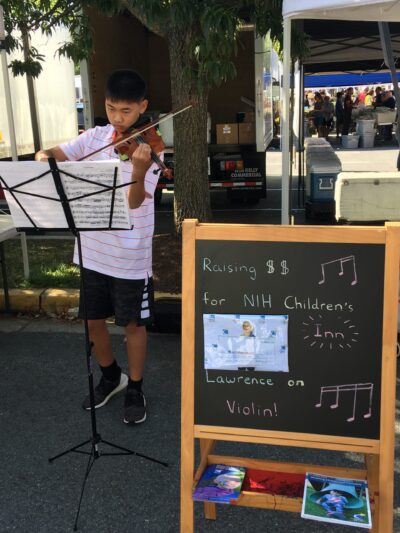 “I have always strived to help those who are not able to enjoy the same experiences I might have,” Lawrence explained. “The children and families at The Inn, though affected by serious medical conditions, are given an opportunity to experience the joys of childhood. That is the beauty of The Inn, the ability to bring calm and happiness to burdened families who live an otherwise hectic and stressful life.”

Lawrence began his efforts to make a difference in the summer of 2018, when he would use his talents as a violinist to perform at local farmers markets. He would set up with a sign that included information about himself and The Inn, and collected donations dollar by dollar. For two summers, he played every weekend and donated every dollar to The Inn raising well over $1,000 in the process.

In 2020, the COVID-19 pandemic left most farmers markets in the area closed or severely restricted, and Lawrence was forced to improvise. Already having made a significant impact, he decided to keep going, and recruited some friends to start a lawnmowing service in their neighborhood. Ultimately, this new fundraising method proved even more lucrative than the farmers market appearances, essentially doubling his end-of-summer gifts to The Inn. 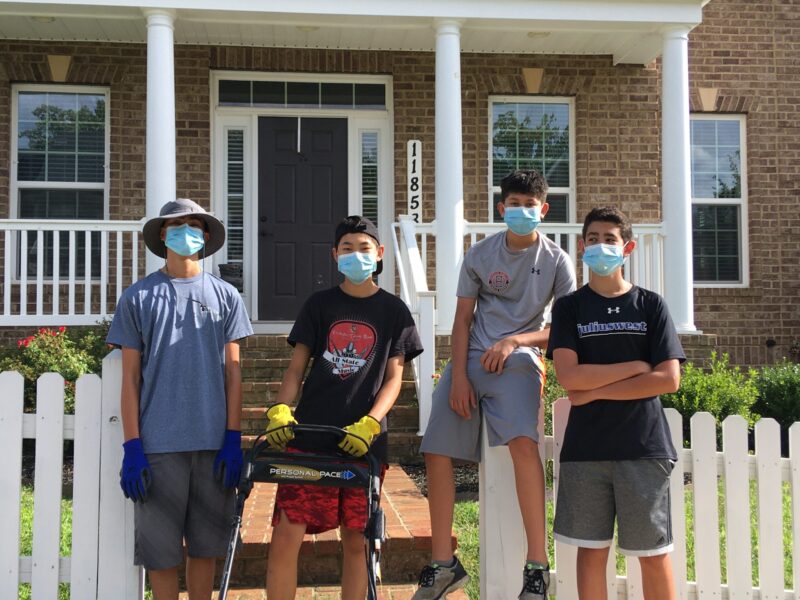 Lawrence and his lawnmowing team

“Landon, my school, seeks to instill personal values in its students such as respect, responsibility, perseverance, gratitude, and service,” he explained. “Giving to The Inn allows me to deepen my understanding of those values, and to incorporate those values further into my life. Furthermore, giving simply just feels good. Who wouldn’t get a warm and fuzzy feeling when they know they have helped a child smile in their hardest moment, or alleviated the stress of a distressed parent?”

In a year, Lawrence will graduate from the Landon School. He is not exactly sure what’s up next for him, but he knows that he wants his connection to The Inn to continue. Lawrence is preparing to move away from lawn mowing and implement other methods of fundraising with his team. More than that, he wants to see more young philanthropists pursue fundraising, and he will be preparing the younger members of the lawn mowing team to take on a leadership role in future years.

Lawrence is quick to share credit with that team, which has already had an important impact on their fundraising success. Justin Carlson, a junior at Clarksburg High School, and Luka Carlson and Ori Abhusira, both sophomores at Clarksburg, have been a part of the lawnmowing effort and will take the reins from Lawrence next year. He sees them as the backbone of the group and credits them with providing constructive input and remaining flexible and available on hot summer days.

Lawrence believes that the true power of giving comes when large numbers of contributors make what impact they can. “Even if each individual donation is small, the total impact of the donations becomes meaningful,” he said. “If everyone were to give, the world truly would be a better place.”

You can join Lawrence and find a way to make a difference at The Inn by donating here or finding ways to volunteer here. 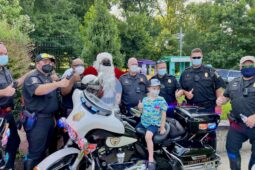 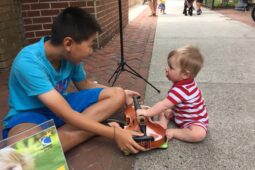