A heart condition led Randy Schools to a change of heart regarding his life and career, and find his true calling in helping others. Among his proudest accomplishments—and there are many—are his contributions to helping found The Children’s Inn 30 years ago. 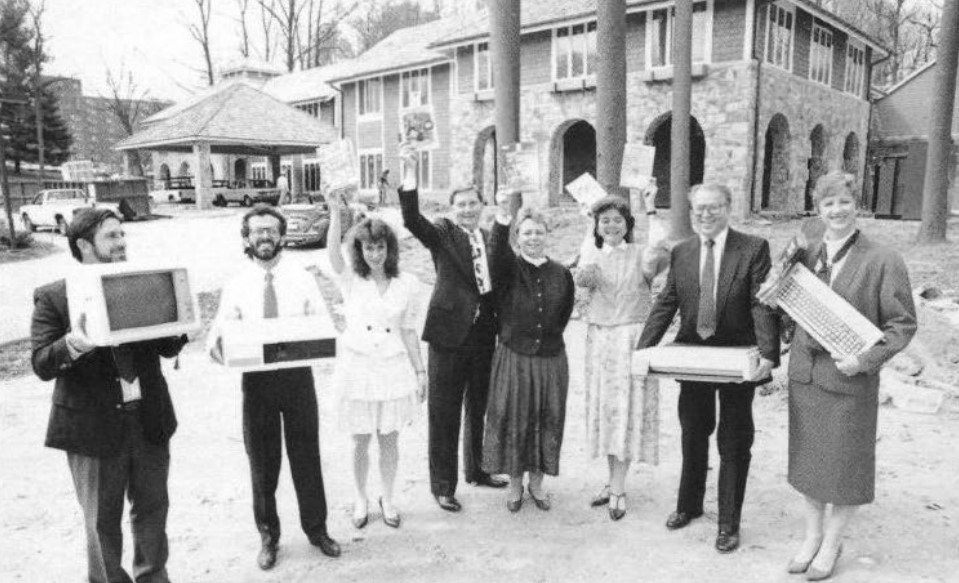 Shortly after, he was involved in founding Friends of Patients at the NIH. The organization assists patients and their families experiencing financial emergencies and provides them with temporary housing when needed.

“As part of my job, I managed the patient emergency fund,” Schools says. “Our goal was to keep patients in protocols. We worked with some local hotels in the area. But working with patient care, I learned that some employees took patients home because they didn’t have a place to go.”

The need for short- and long-term pediatric patient and family housing was one of the most pressing needs Schools had encountered at NIH. He heard about it not only from the families whose children participated in Camp Fantastic but also from patient care teams and Dr. Phil Pizzo, who headed NCI pediatrics at the time.

“Families had difficulty getting back and forth to scheduled appointments, and they were frustrated,” Schools remembers.

In the mid-1980s, Dr. Pizzo, his then administrator, Kathy Russell, Schools, Baker, who had founded Special Love, and others began talking about ways to make free, comfortable housing a reality for NIH pediatric patients and their families. Initially, they envisioned a house located close to the NIH campus. But finding land or the right property proved difficult.

It took an unusual event and a special advocate to help jolt the project into the next phase.

“When due to some budget cuts, the free phone line NCI patients used was removed, and families couldn’t even call home, there was a lot of turmoil,” Schools remembers.

The turmoil over the canceled phone line–a free line for federal employees that pediatric patients and their families were using to call home–caught the attention of Carmala Walgren, a lawyer and wife of then U.S. Rep. Doug Walgren of Pennsylvania. Walgren was spending significant time at the NIH Clinical Center to support her babysitter, who had a rare cancer. During that time, Walgren began to identify deeply with the needs of the patients and their mothers—and the importance of talking to their families on the phone. 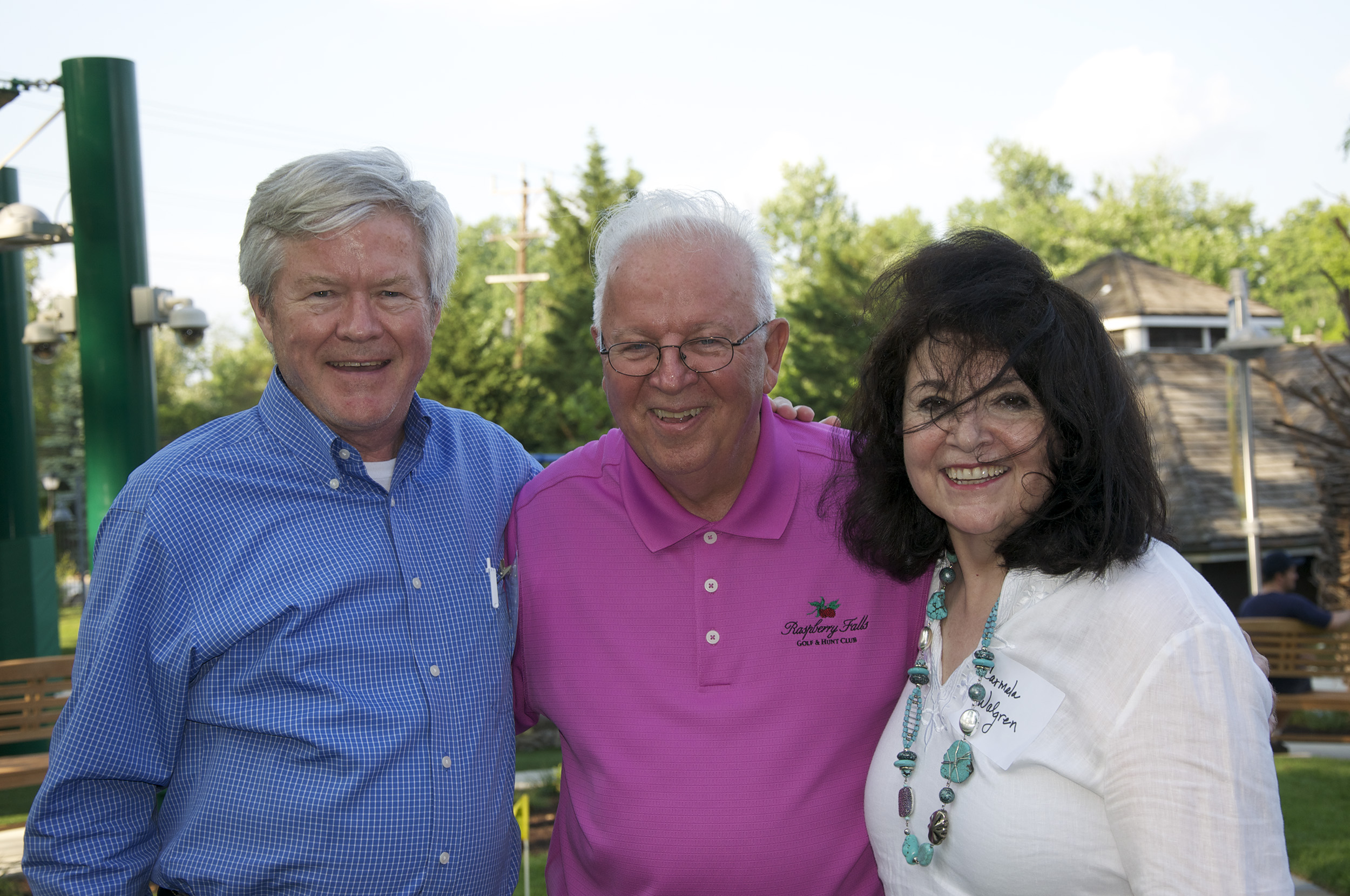 Outraged over the removed phone line, Walgren made it her mission to have it reinstated. She began talking to members of Congress and eventually, her advocacy succeeded in bringing back the free phone. Her advocacy efforts and energy impressed Pizzo, who asked Walgren if she was interested in working on his patient housing project.

“It was like a Godsend when Carmala got involved because she had the connections on Capitol Hill, and that gave a lot more credence to the development of the funds [to start The Inn],” Schools says. “For some reason, all of the right people at the right time came together. It was unique–spiritual–we all gelled as a team and worked well together. None of us knew each other before. We just worked as a team trying to figure out how to do it.” Schools had always worked long hours, and trying to start The Children’s Inn didn’t change that.

“I was glad to help out,” Schools says. “I was working 70-80 hours a week. It wasn’t just The Inn but also other things. Everything was growing—Camp Fantastic, an outdoor film festival we had at the time, The Inn—everything was happening at once.”

Once the NIH made land available for the building of The Children’s Inn, Architect Robert Greenberg drew up plans for the building. To make it child and family- friendly, Schools, Russell and other early Children’s Inn supporters considered features that made existing hospitality houses and children’s museums around the country special for children and families.

During that time, Schools often kept The Inn’s building model in his car and, over the course of two years, drove it to many community meetings, clubs, associations, chambers of commerce and schools to help raise funds. He was also involved in other fundraising efforts, such as organizing fun events for children and families and even cooking and selling hot dogs. “We worked together to figure things out,” he says. “I did what I would call the small fundraising.”

Thanks to Carmala and Doug Walgren, the major fundraising breaks followed. To build The Inn, Merck made a generous $3.7 million donation. A group of congressional spouses that included Walgren raised another $1 million to furnish The Inn.

On June 21, 1990, after more than three years working countless hours to create a free home for NIH pediatric children and their families, The Children’s Inn officially opened its doors. “It felt good.” Schools says. “We were part of a team that built a wonderful house at the corner of hope and intervention. It was a dream for a lot of administrators, families, kids, researchers, medical staff and community members. I feel very fortunate to have been there at that time to have helped make the dream a reality.”

Schools’ work on behalf of the community continued through his work at the NIH and a variety of volunteer leadership roles. He served as president of the Bethesda-Chevy Chase Chamber of Commerce, the Washington Society of Association Executives, the National Employee Services and Recreation Association, and the government section of the President’s Council on Physical Fitness and Sports, now called the President’s Council on Sports, Fitness, and Nutrition. He was also involved with the Goodwill Dinner for the Homeless in Montgomery County and served Bethesda Big Train Summer Collegiate Baseball as booster club chair for two decades. In 1988, he was honored as a Washingtonian of the Year.

Raised in Baltimore, Maryland, Schools holds a master’s in liberal studies with a focus on corporate responsibility from Georgetown University and a bachelor’s in business management with a minor in sociology from the University of Baltimore. Once at the NIH, he earned a social enterprise and nonprofit management certificate from Harvard Business School.

He has been married to his wife, Barbara, for 40 years. They are the parents of Alexandra, 29, and Bradley, 33. In 2017, after 42 years of working for NIH, Schools was diagnosed with Parkinson’s and decided to retire.

“You just don’t feel comfortable giving presentations like you used to because sometimes, you shake with tremors that get really strong. I’m in my 70s, and my body says, ‘Slow down a little bit’—but I still stay pretty busy,” Schools says and chuckles.

Although he retired, he didn’t stop making a difference in the lives of others. His efforts now focus on mentoring immigrant children and serving on committees to address global warming. He also continues to serve as a trustee for The Children’s Inn. 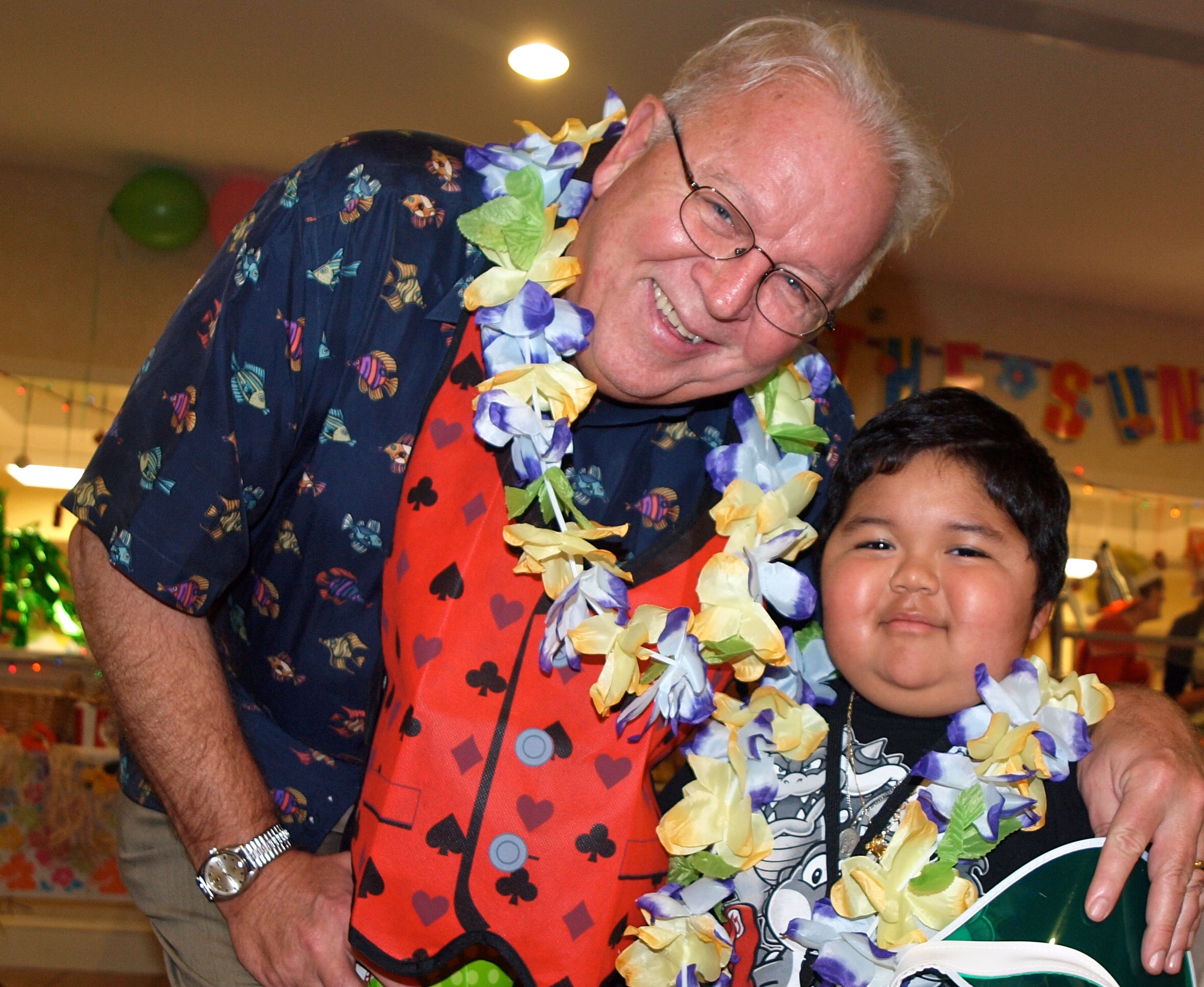 “My family was very giving,” Schools says. “That gave me the vision that part of life is about helping others. It’s just not about yourself.” For the past couple of years, he’s also been mulling over a new project he hopes to make official soon.

“I’d like to get the streets on the NIH campus renamed, so The Inn would be at the intersection of Hope and Innovation,” he states. “West Drive would become Hope Avenue and Cedar Lane, Innovation Lane. It’s one of my unfinished works. I think it would be fun to do.”

Looking back over The Inn’s first 30 years and the more than 16,000 children, young adults and their families who found a ‘place like home’ at The Inn, he feels a sense of satisfaction.

“You have to strikeout and strikeout, and sooner or later, you get ahead and hit a homer,” the lifelong baseball fan explains. “But sometimes, you have to step back and have resilience. People question why you are doing this. People tell you, ‘The Inn will never happen.’ People tell you that you are taking on too much—I am glad I did!”

*Many additional people were instrumentally involved in helping create The Children’s Inn. We strive to present some of their stories over the course of this year as we celebrate our 30th anniversary and commemorate our founding, along with the many medical advancements that have provided help and hope to countless children and families around the world.