Sixteen-year-old Amber Shank has been coming to The Children’s Inn since she was eight years old. She has a tumor of the adrenal gland tissue, called pheochromocytoma, a disease that is especially rare in children. When Amber started experiencing headaches, sweating, vomiting and spikes in her blood pressure, doctors at the hospital near where she lived in Vermont were perplexed. By chance, there was an endocrinologist visiting from Canada who noticed that touching the tumor made her blood pressure rise significantly and was able to make the diagnosis. Further tests showed that Amber not only had tumors in her adrenal glands, but also in her abdomen and bones. 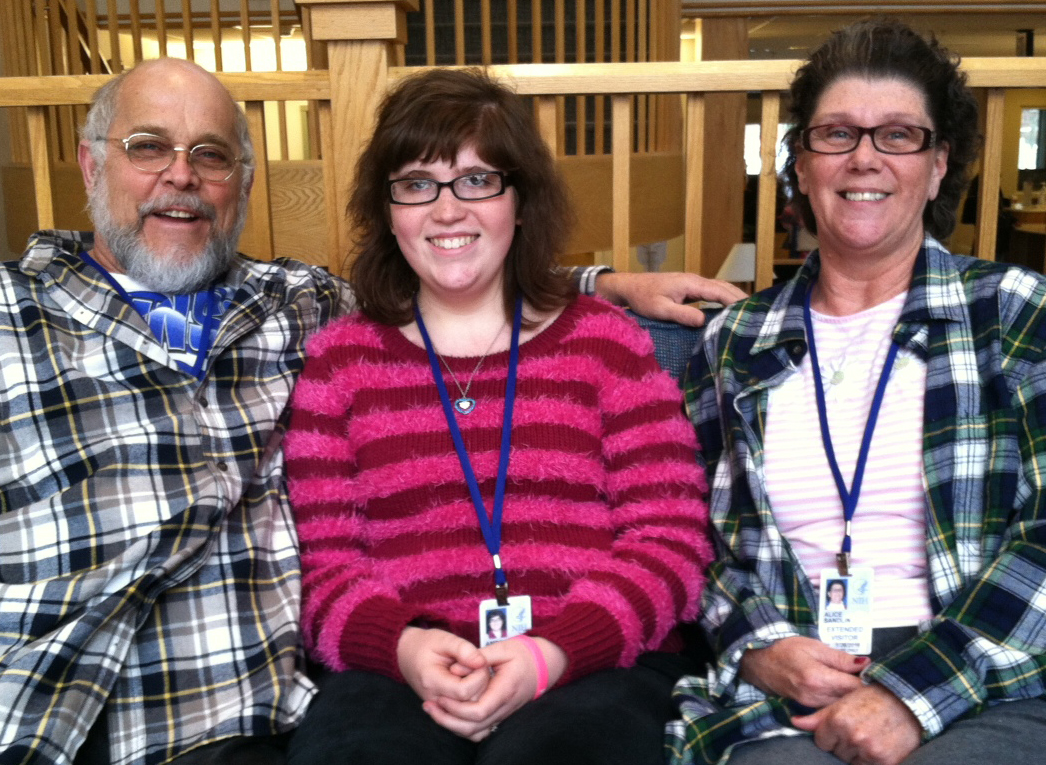 Although these kinds of tumors are not always malignant, if left untreated, they can result in severe or life-threatening damage to other body systems, especially the cardiovascular system.

Amber’s grandmother, Alice, immediately did some online research and discovered that Dr. Karel Pacak, with the National Institute for Child Health and Human Development at the NIH, was an international expert on this kind of tumor. Amber had surgery to remove a large tumor between her shoulder blades at a hospital in Vermont, near where she was living at the time. She then went to see Dr. Pacak at the NIH a week after being discharged. After examining Amber, he told her grandparents that Amber was the youngest patient he had ever seen with this kind of tumor and he recommended a treatment that would target cancer cells that may have spread to other parts of her body.

This leading-edge treatment, called MIBG therapy, is a radioactive compound delivered through an infusion. Afterwards, the patient has to stay in a lead-lined room—alone—for several days until their radioactive levels are safe. Amber has the MIBG treatments at Memorial Sloan Kettering Cancer Center in NYC, and returns to the NIH every few months for monitoring and tests—which show that the tumors in her abdomen have disappeared, and the ones her bones are smaller.

Amber now lives with her grandparents in Burnsville, North Carolina near their large, extended family. They are grateful for the respite and diversions that The Inn provides when they travel to the NIH.

Amber, a high-school freshman, keeps up with her schoolwork in The Inn’s Learning Center and enjoys the Kid’s Computer Room, playing shuffleboard, Camp TLC activities, and visiting the museums and attractions in the Washington, DC area. “If The Inn offers a trip, we go!” says her grandfather, Jerry.

“The NIH has been a blessing—I can sing its praises forever,” says Alice. “And everyone that works at The Children’s Inn is so nice; I have forgotten shampoo or toothpaste and they had some for me! It is a wonderful place—it’s like going to a friend’s house to visit.”