Isaac was born to fight. Arriving more than five weeks early by emergency C-section, it wasn’t just his way of coming into the world that made him different from his three brothers. While he initially looked healthy, his parents soon realized Isaac’s health was something he and the entire family would need to be fighting for every single day.

Just two weeks into his young life, a red-purplish rash took over Isaac’s entire body. He also developed high fevers that came on suddenly and peaked at 105 degrees, without any other symptoms of illness that typically accompany fevers. Many times, his hands, feet, fingers – and once, his entire leg – would swell up for no apparent reason, leaving his parents in a constant state of worry. But no matter what doctor the family saw, medicine had no answers.

As he got older, Isaac’s appearance began to change. He wasn’t just losing the baby fat on his face and body but progressively began losing all his body’s fat layers, including those in his face. His rashes continued and were often excruciatingly painful, coupled with debilitating headaches, stomach pain and joints that ached so much, there were times he couldn’t run or even walk.

From early on, Isaac spent countless days and nights in hospitals. Living with pain and discomfort has been part of his everyday life.

Over time, Isaac’s illness showed itself yet in other ways. He wasn’t growing like other kids his age, and he wasn’t gaining weight either. And whatever disease was plaguing Isaac, it was wreaking havoc on his entire body, affecting his digestive tract, causing insulin resistance, nausea, dental problems, cysts in his jaw, kidney stones and other conditions for which he often has to take more than 30 pills a day and has undergone multiple surgeries. 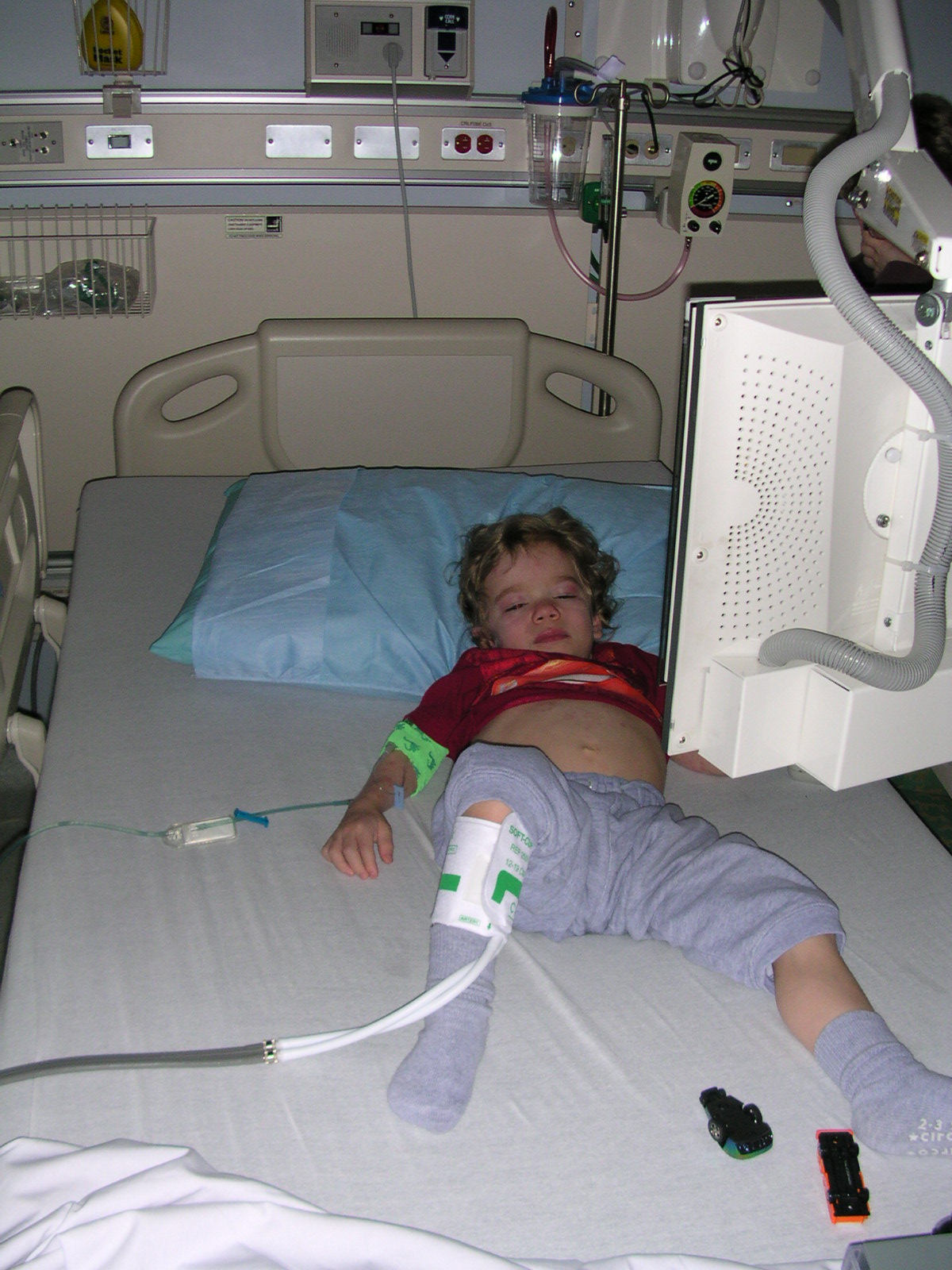 At the NIH, doctors sampled Isaac’s DNA and analyzed it over several years. When he was 7, doctors had isolated a gene with two mutations in the proteasome subunit, beta type, 4 (PSMB4). It was a novel discovery.

The NIH discovered similar mutations in several other children in addition to Isaac. They named the new illness CANDLE, short for chronic atypical neutrophilic dermatosis with lipodystrophy and elevated temperature.

CANDLE is an autoinflammatory disorder that causes the immune system to attack the body’s own tissues and creates health issues that potentially can cause serious organ function issues, among all the other issues Isaac deals with.

Today, Isaac is one of about 20 children diagnosed with CANDLE, which remains a highly rare disease.

Experimental drugs prescribed by his doctors at the NIH have helped Isaac and others with CANDLE, who are all being treated at the NIH, experience less pain and be more active than they otherwise could be. But the uncertainty of a difficult, rare illness with symptoms that are impossible to predict in severity as well as being a pioneer in medical research — it can be much to handle even for an upbeat teenager like Isaac who has a loving and supportive family standing behind him.

“Among all the children with CANDLE, Issac has one of the most challenging genetic mutations,” says Dr. Raphaela Goldbach-Mansky, chief, Autoinflammatory Disease Studies, Laboratory of Clinical Infectious Diseases, National Institute of Allergy and Infectious Disease, NIH. “Studying patients like Isaac with CANDLE allowed us to identify that these patients have evidence of constant activity of an inflammatory mediator, interferon, that is temporarily released in healthy individuals to fight infections. However, Isaac and other CANDLE patients experience “interferon action” on their bodies all the time. If untreated, this leads to the loss of fat, failure to grow, fatty liver and muscle loss. The treatment, which we’re studying with the help of Isaac and other patients, helps, but it does not cure all patients, and patients have to be on life-long treatment. We have more work to do!”

Isaac says being confined to bed for days or even weeks at a time is what he struggles with the most about his illness, along with the fact that the pain, which often gets worse after rigorous physical activity, prevents him from doing what he loves most: playing sports, especially football and field hockey.

When his body allows him to, Isaac enjoys nothing more than playing field hockey or football with his friends, and he also loves watching hours and hours of football on TV with his family. He was recently accepted as an honorary player of the University of Nebraska at Omaha’s Mavericks hockey team.

“I’m not sure what I’ll be doing, but it’s exciting,” he says. He’ll start in this new role in the fall. 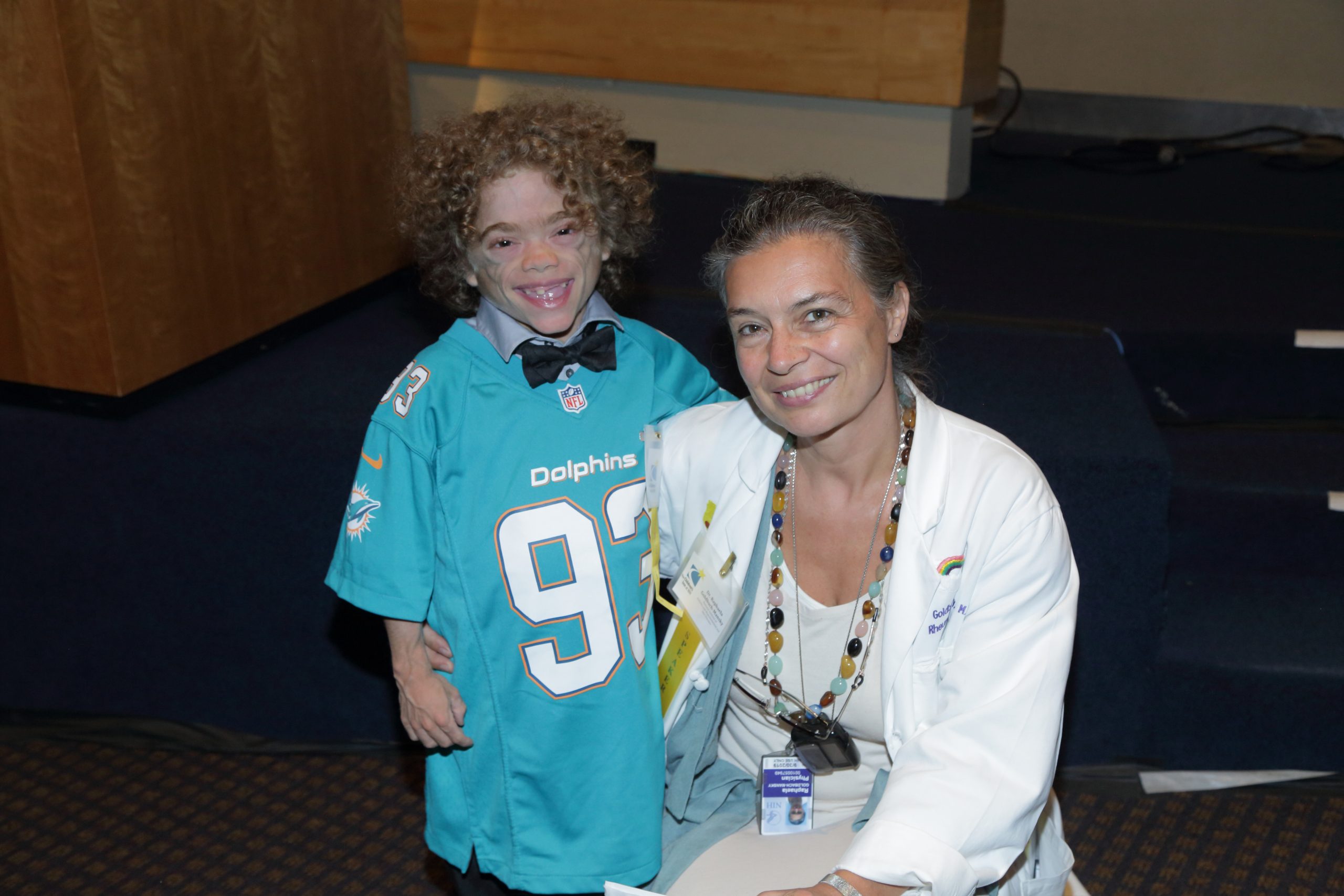 Despite his many health issues, hospital stays and the continuous pain flares, Isaac has been staying in school as much as possible, and even when missing one or two months at a time, has pulled through his elementary and middle school years with high grades.

“The first time we came to The Inn, Isaac was 29 months old,” Isaac’s mom, Kathe, says. “His favorite place was the playroom. We had a lot of fun with that and met a lot of people. It was just incredible – just to feel that comfortable coming to such a strange place and such a big place, but we did here at The Inn. We just felt comfortable right away.”

Nowadays, Isaac is more interested in spending time in The Inn’s game room, playing pool or a sports-based video game. He also enjoys bingo nights, the most popular family activity at The Inn.

Over the years, he’s made friends at The Children’s Inn and even met a boy two years his junior who’s also from Omaha, Nebraska, with the same diagnosis. They often coordinate visits to the NIH and The Children’s Inn, and have spent time together in their home town.

But Isaac isn’t only a friend to other children at The Inn.

He’s also found his way into the hearts of staff who have watched him grow up over the many years he’s come to The Inn and with whom he’s forged close relationships.

“I always remember Isaac as a young child, running around The Inn in a red superhero cape he refused to take off,” says Mallory Lewis, assistant director of resident services. “He always participates in Inn activities and enjoys talking to Inn staff – and we enjoy talking to him.”

But the days of superhero capes are long gone. The teenage Isaac is known at The Inn for wearing only sports shirts or team jerseys and his signature shorts, no matter the time of year. But most of all, he’s known for his positive spirit. 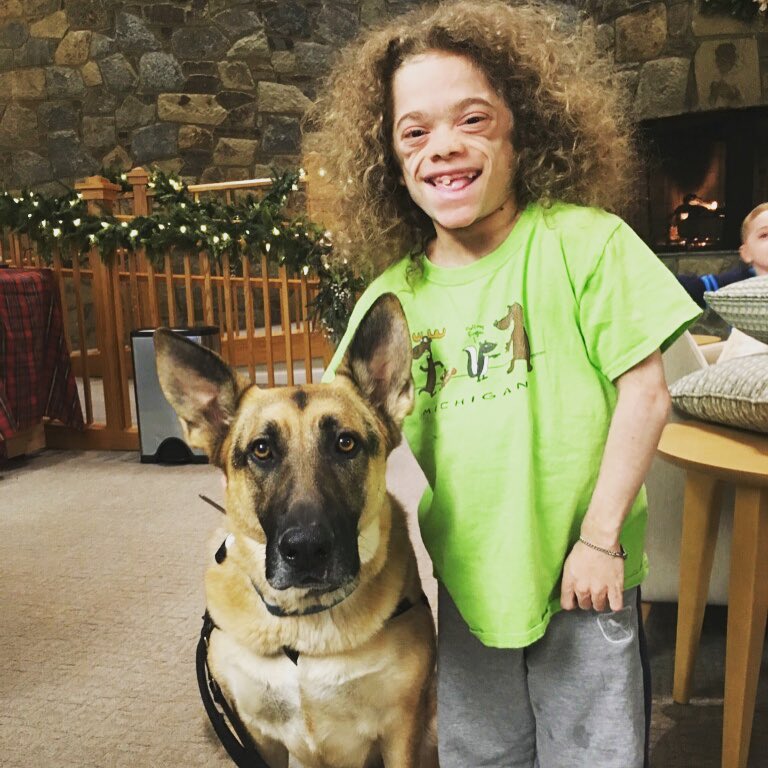 “He’s an inspiration,” says Chris Petty from Arizona, a 26-year-old master’s student in education and Inn resident who comes regularly to the NIH to be treated for a rare autoimmune response. “Despite his health issues, he always has a positive attitude. Any time things get tough for me, I think of him, and I know I can go on too.”

Isaac and his family’s greatest hope is that he is able to help contribute to medical breakthroughs that will change the lives of children affected by CANDLE today and in the future, giving Isaac and others a greater quality of life.

“My inspiration is all my friends around the world,” Isaac says. “I keep my body fighting, so they can see me.”