“We decided to FIGHT” – Hannah’s Story

“There’s something wrong with Hannah,” said Lori Sames, in 2007, about her 3-year-old daughter. As a mother of two older children, Lori knew that Hannah’s trouble with walking and balance weren’t just normal growing pains, despite having been told this by a podiatrist and an orthopedist.

It would take nearly a year to get an answer: after many tests, a pediatric neurologist diagnosed Hannah with gigantic axonal neuropathy, or GAN. An extremely rare neurodegenerative condition caused by an error in the gigaxonin gene, GAN affects the ability of nerves to tell muscles what to do. As a result, Hannah’s physical abilities are severely limited.

When Lori and her husband Matt first learned this devastating news, they saw only one option, “We decided to fight.” They learned all they could about GAN, and within months set up a nonprofit organization called Hannah’s Hope Fund (HHF). The NIH Office of Rare Disease suggested that a good first step would be to convene scientists working on GAN and its causes.

The August 2008 HHF-sponsored symposium gathered 20 experts in Boston for the first-ever GAN symposium—the goal of which was to prioritize therapeutic approaches.

“They told me that to achieve something that could help Hannah in her lifetime, gene therapy was the way forward,” Lori says. Hannah is now 12, and help is on the way. In November 2015, the first-ever GAN gene-therapy clinical trial began (HHF paid for all the pre-trial research needed to get the clinical trial going).

In July 2016, Hannah received this experimental therapy that delivers—in a single injection—120 trillion viral particles carrying a fully functional gigaxonin gene into her brain and spinal cord nerve cells. The replacement gene begins making the gigaxonin she lacks and should have biological activity in 2 weeks.

Hannah’s research team at the National Institute of Neurological Disorders and Stroke will continue to monitor effects and look for improvements in symptoms. 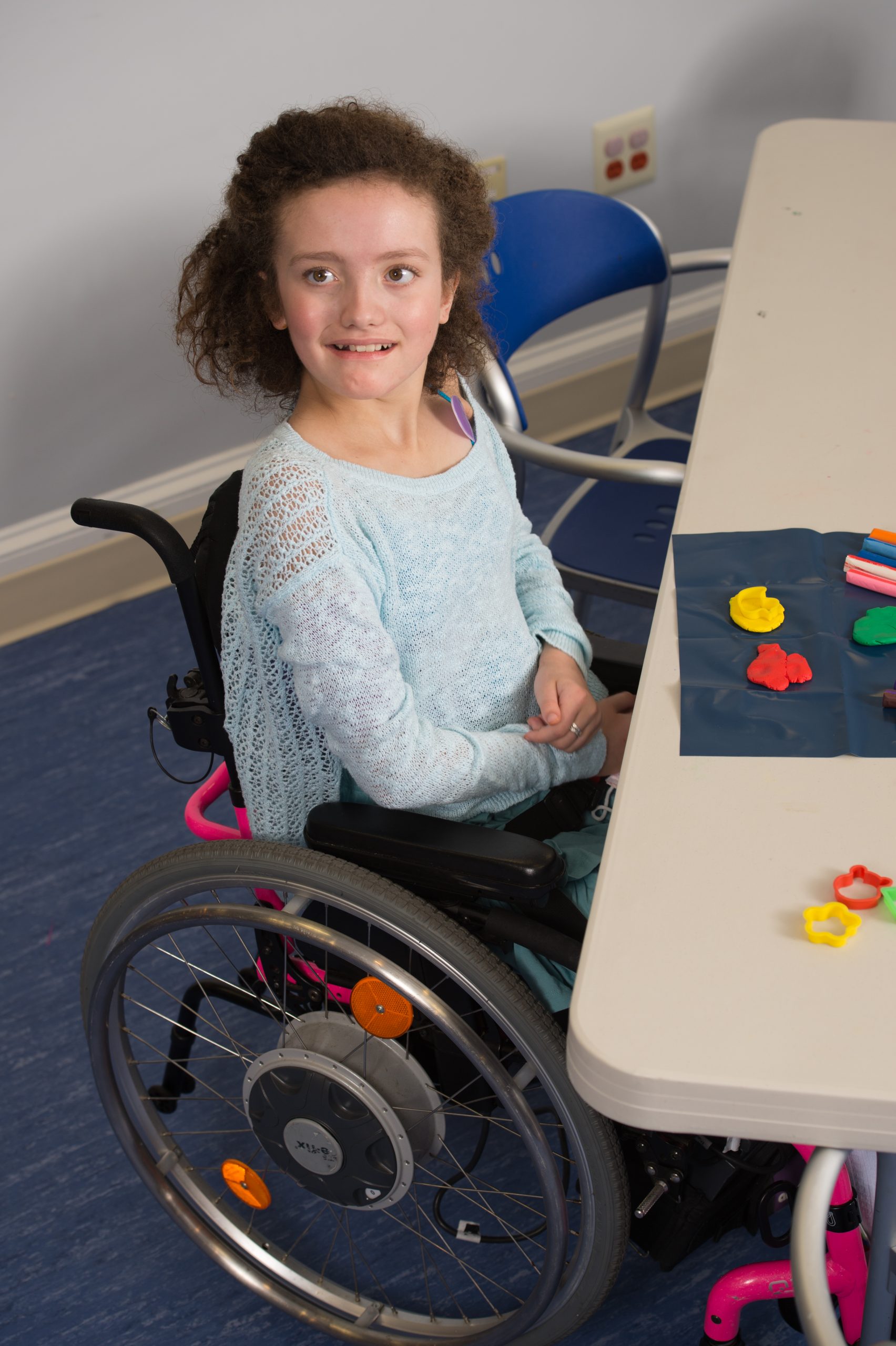 “I’m really excited to see what happens,” Hannah says. Although GAN makes it a bit difficult to speak, fortunately it has no effect on thinking and emotion, and she is filled with hope. She is working very hard to regain function in her legs. “Hannah’s team is amazing. The work going on here at NIH is incredible,” says Lori.

While at the NIH, Hannah and her family stay at The Children’s Inn. Packed days of medical tests are offset by afternoon visits to The Inn’s Camp INNcredible, one of Hannah’s favorite activities. Her mom enjoys the on-site masseuse for relaxation after many taxing hours of helping Hannah.
Aside from her parents’ amazing dedication, Hannah has extraordinary resolve and lots of support from her two older sisters: Reagan, 15 and Madison, 17. In addition to assisting with Hannah’s health needs, they also help Hannah “just be a kid.” Hannah plays the role of youngest child very well, they explain, describing her fondly as “sassy.”

“Team Hannah” also consists of the two family dogs, Jake and Elmer, who according to her sisters, love Hannah the best and sleep with her every night at their home in Rexford, New York. While at the NIH Clinical Center, Hannah loves playing with visiting therapy dogs as well as The Inn’s permanent resident canine, Zilly.

Hannah, her parents, and sisters call The Inn “home” without pause, and they find unmatched support and caring from other children facing GAN and many other conditions that bring them to the NIH.