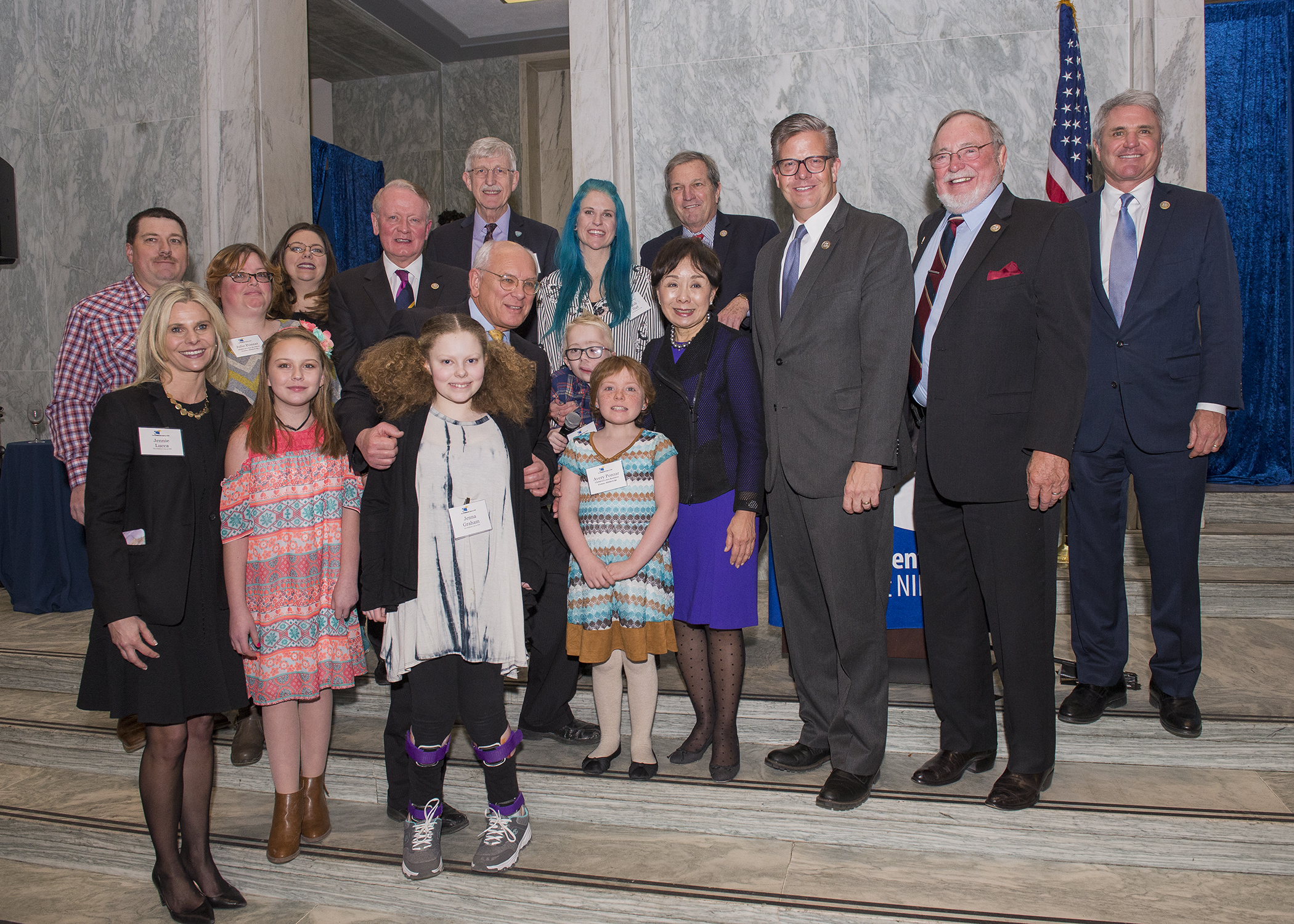 29 years of bipartisan support for the NIH Children’s Inn

The Children’s Inn at NIH recently held its 2018 annual congressional event to celebrate 29 years of bipartisan support for The Inn with the help of a large number of lawmakers from both parties, NIH leaders and corporate executives.

“This was a truly wonderful event that united a core group of bipartisan supporters who are crucial to helping advance medical science at the NIH and supporting the brave children and families who enter clinical trials to help bring about medical advancements that benefit all of mankind,” said Jennie Lucca, CEO of The Children’s Inn.

The event brought together more than 20 members of Congress, senior staff from several additional congressional offices, leaders and scientists from at least 14 of the NIH’s 27 institutes as well as a wide variety of industry leaders and experts, Inn staff and supporters, and several children and families residing at The Inn.

“When it comes to the NIH, people put partisanship aside,” said Sen. Chris Van Hollen, D.-MD. 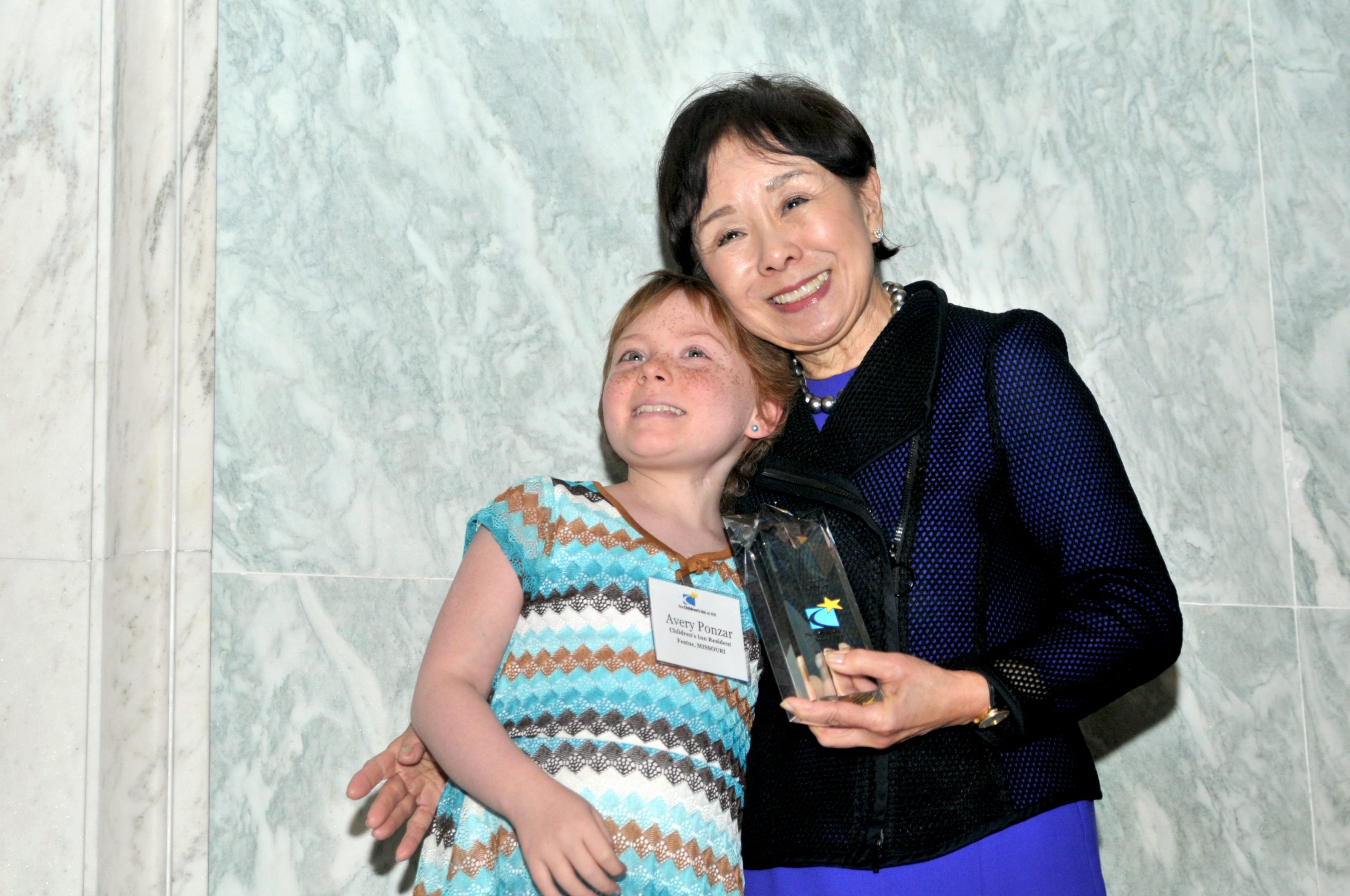 Doris Matsui and Avery Ponzar at the 2018 Congressional Event

On behalf of The Children’s Inn, Rep. Debbie Dingell, D.-Mich., and Inn resident Avery Ponzar, 9, of Missouri presented The Inn’s champion award to California Congresswoman Doris Matsui, D.-Calif., for her tireless support of The Inn and for attending every single of The Inn’s congressional events.

“I think that The Children’s Inn emphasizes bringing humanity, family, research and cures together. So the people understand that in this country, research is important because it is important for all of us in order to ensure that we have a healthy, stable, society that cares for children and their families,” said Rep. Matsui.

NPR political commentator, veteran journalist and Children’s Inn board member Cokie Roberts served as mistress of ceremonies. The event was co-chaired by Sen. Roy Blunt, R-Mo.; Sen. Chris Van Hollen, D-Md.; Rep. Tom Cole, R-Okla., who could not attend the event; and Rep. Dingell. NIH Director Dr. Francis Collins and his wife, Diane Baker, a member of The Inn’s board of directors, also spoke at the event.

“Days are long in the clinical center, there are tests that have to be done, painful procedures that your children may have to go through, and parents desperately hope for an oasis in the middle of all this. And That’s what the Children’s Inn is,” said Dr. Collins. 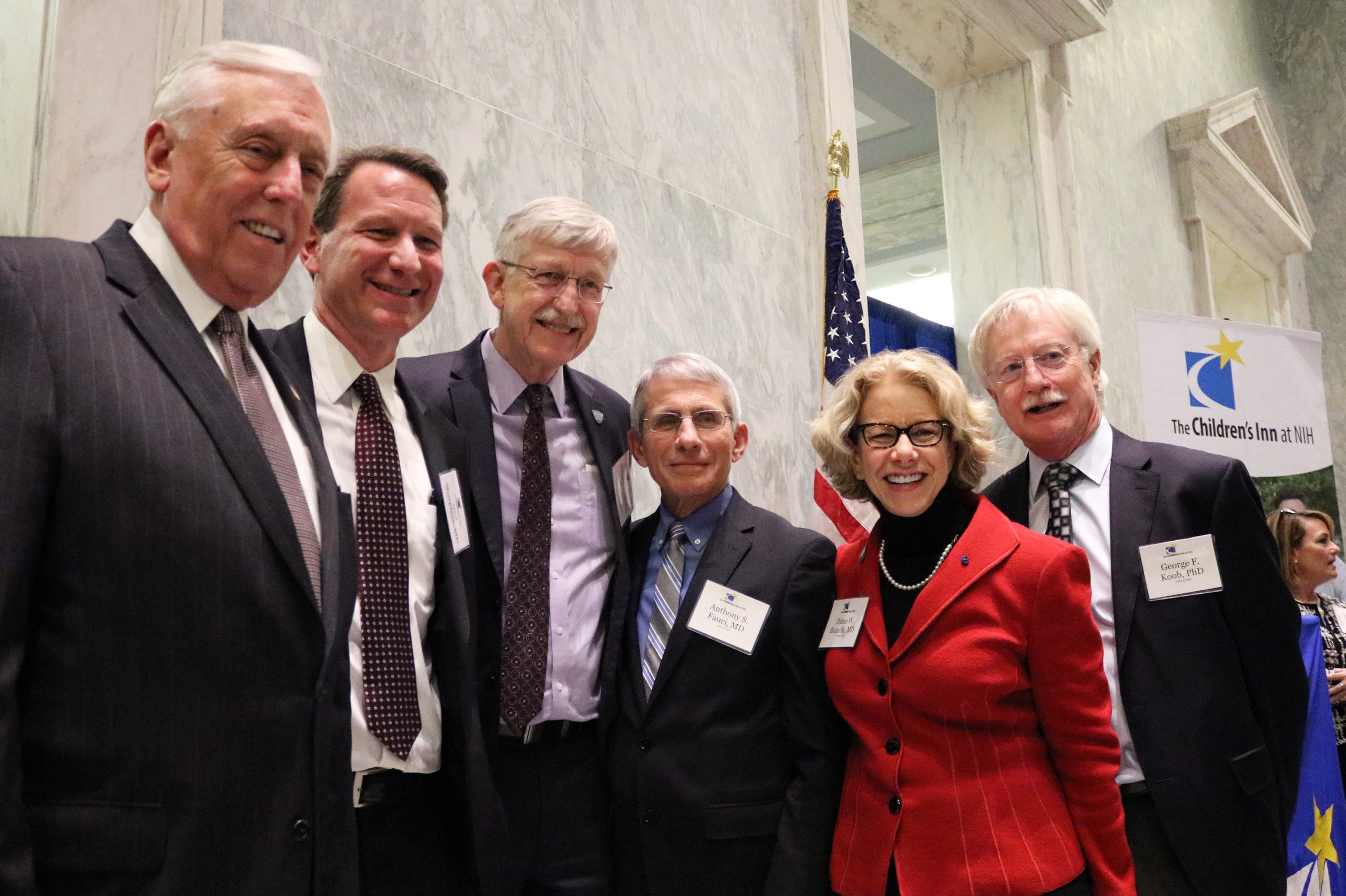 Jennie Lucca, CEO of The Inn, introduced Inn residents Jenna Graham, 12, of Michigan; Ryker Bennett, 8, of Utah; and Ponzar who recounted how The Children’s Inn has made a difference for them and their families when they face long days of cutting-edge medical treatment at the NIH.

Bipartisan commitment to The Inn has been crucial in establishing it in 1990 and making it possible for more than 13,000 children and their families from all 50 states and 94 countries to benefit from free lodging and supportive services, while they participate in breakthrough clinical trials at the NIH that help make revolutionary medical advancements possible.