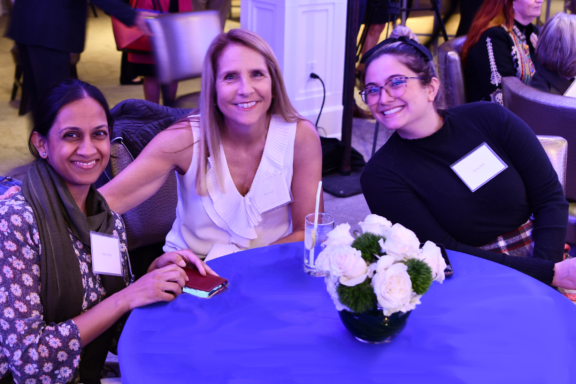 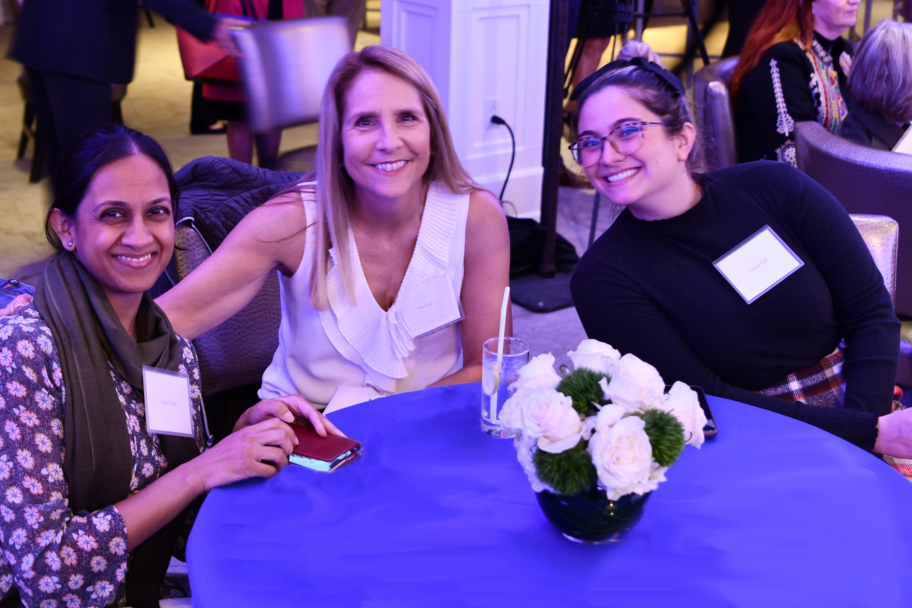 A Legacy of Service: Shari Hall Honors Her Father Through Support of The Inn

Shari Hall has been a supporter of The Children’s Inn at NIH for the past three years, starting just before the pandemic. Almost immediately after Shari attended her first event, The Inn enacted protocols designed to keep our community as safe as possible from COVID-19. As a result of halting our volunteer program for more than two years, Shari has not recently had the chance to visit our “place like home.” She knows meaningful opportunities are on the horizon, and her commitment to serving Inn children, teens, young adults and their families remains strong.

Dedication and giving back are important core life values taught to Shari by her father, Captain Paul Campbell. This exemplary officer and gentleman served 47 years in the United States Navy, based mostly in Virginia Beach. Campbell lived what Shari refers to as “a life of service” – service to his country, to his community, to his wife Jean and their five children. Excelling in a wide variety of ways, he coached his daughter’s softball teams, and when he retired from the Navy, he became a master gardener. Campbell did so much for the beautification of Virginia Beach, the town, unable to pay him a salary, gave him an office to coordinate the gardening association of which he was the president.

Unfortunately, six years ago, Campbell was diagnosed with bladder cancer, and treatments in Virginia Beach were proving unsuccessful. Campbell’s community was determined to help him along his medical journey. Shari reached out to an old friend and childhood softball team member, Karen Dahut, who is married to Dr. Bill Dahut, then the Scientific Director for Clinical Research at the Center for Cancer Research and the National Cancer Institute Clinical Director. Arrangements were made for Campbell to come to the National Institutes of Health in Bethesda. Sadly, after just a couple of months at the NIH, Campbell passed away, leaving Shari intent on honoring his memory.

During the family’s short time on the NIH campus, Shari and her father passed The Children’s Inn daily. “We never got over there,” Shari remembers, “but we would see the kids walking through the hospital. And we would talk about what they were going through. So, when he passed, I felt like [getting involved with The Inn] would be a great way to remember him.”

Shari began her support by attending a holiday event at The Inn. There, she met Elaine Currie, Manager of Leadership and Annual Giving. Elaine described a new group, Women for The Inn (WINN), a community comprised of dedicated, dynamic women who support the mission of The Children’s Inn at NIH. Shari joined enthusiastically.

Through the generosity of her organization, the Laszlo N. Tauber Family Foundation, Shari was also able to sponsor others to join WINN. During the past two years, Shari has been responsible for an impressive six additional WINN memberships. One of Shari’s favorite WINN activities was participating with her WINN friends in Pets & Pajamas, a lighthearted virtual story time for Inn children.

Her office is in nearby Rockville so Shari often makes trips to The Inn to deliver treats for families from The Inn’s Amazon Wish List.

“My group and I would order things online, or we would be in the store and see those little apple sauces on sale,” she explained. “And we’d fill up a cart and call Elaine. I remember a couple of years ago in January standing at the [NIH entrance gate] with a cart full of applesauce and Elaine came out, freezing, to collect them.”

Shari is looking forward to helping more often now that volunteers are allowed back at The Inn. She remembers her only visit prior to the pandemic, a 2019 holiday celebration with lights, music and displays, both inside and outside, and residents of all ages excited for the party.

“The Inn was so festive, busy and [fun],” she recalled. “I guess coming from a family with five kids, I am used to that. The louder the better, that’s my jam.” 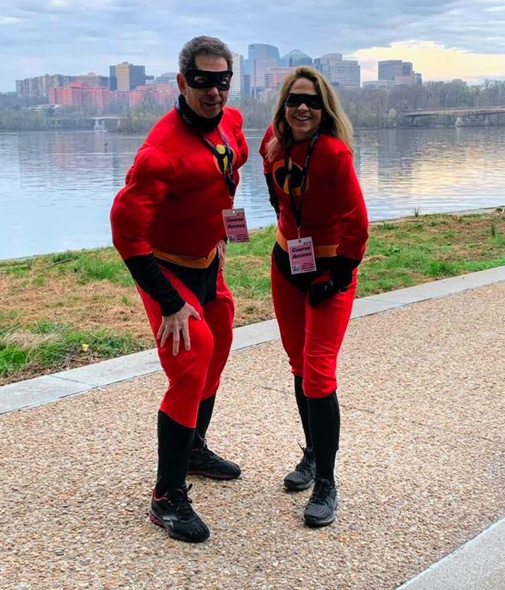 “The Inn was so festive, busy and [fun],” she recalled. “I guess coming from a family with five kids, I am used to that. The louder, the better, that’s my jam.”
Shari

Shari will make her first visit back to The Inn to celebrate Halloween. For years, a client of hers has dressed up as Mr. Incredible to cheer on participants in marathons and during other big events. Shari has joined him in costume as Mr. Incredible’s wife, Elastigirl. The duo will bring their act to The Inn to entertain children for Superhero Day during the Spirit Week ahead of Halloween.

Shari knows that the Incredibles visit to The Inn will be the first of many where she can get to know families similar to the ones she once noticed with her father during his time at the NIH. Through donations of useful products, financial contributions via WINN memberships, and now volunteer time, Shari Hall is carrying on her father’s legacy of service as she makes a meaningful difference in the lives of brave families at The Children’s Inn.

There are many ways to support The Children’s Inn, such as food drives and the Thoughtful Treasures mailbox program.