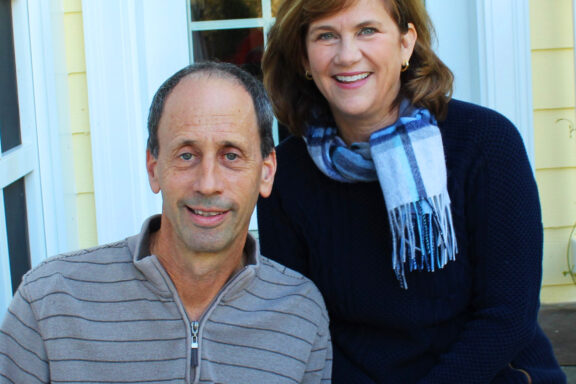 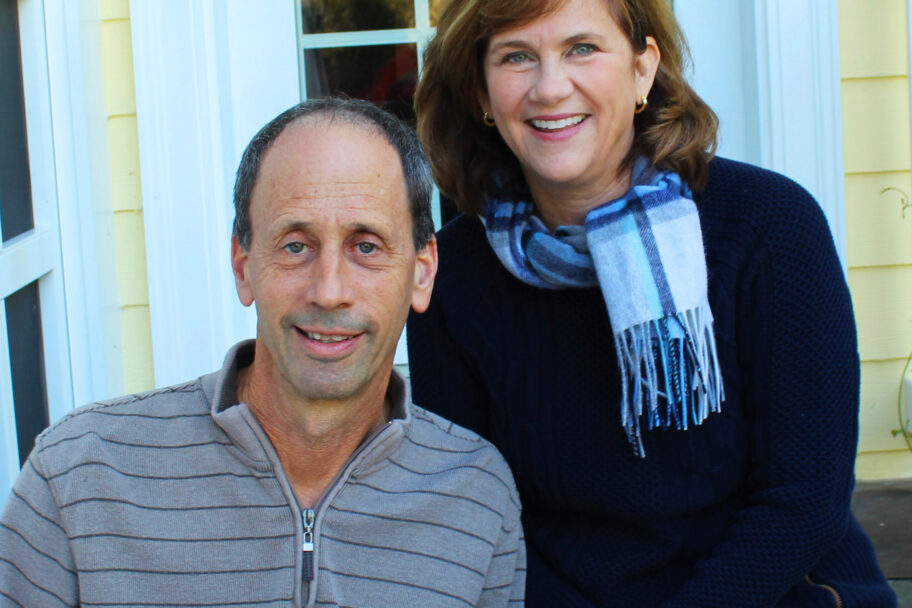 Holly and Dave Parker have been connected to The Children’s Inn at NIH since its inception. In fact, Holly was part of the team who helped to found this “place like home” 31 years ago.

Arriving at the Clinical Center’s Pediatric Oncology Unit in 1986, Holly wanted to make a difference. One might argue that she was already doing that through her chosen field of work, but when it became clear that patient housing was a challenge that needed a solution, Holly raised her hand to help.

In 1987, she became a member of the “Blue Book Committee,” whose purpose was to complete a feasibility study (the blue book!) on what was required to support pediatric housing needs when out-of-town patients came for treatment at the NIH. The committee – led by Dr. Philip Pizzo, then chief of NCI’s Pediatric Branch – included members of his administrative staff, multidisciplinary clinicians who worked on the pediatric unit, and parents of children being treated at NIH.

In 1990, this dedicated group – many of whom went on to serve as The Inn’s founding board members – witnessed their dream turn into a reality at a ribbon-cutting ceremony with President George H.W. Bush. The Inn’s doors – and 37 sleep rooms and communal spaces– were officially open.

“The patients I was working with were staying in hotels,” said Holly. “I saw what it was like for them before The Inn existed. Getting to see first-hand the impact of The Inn on these families meant so much to me.”

Over the years, the Parkers have played just about every role you can imagine at The Inn. Holly was not only a founder, turned financial supporter, turned board president, turned trustee but, as the head of the Clinical Center’s Animal Assisted Therapy Program, she was the brains behind The Inn’s very own animal therapy program. Holly successfully worked to have a yellow lab seeing-eye dog, Viola, certified as The Inn’s first therapy dog in 2008. And ten years later, in 2018, she worked to get our beloved Zilly certified. Until her retirement from NIH last year, Holly remained the liaison between The Inn and the Clinical Center for animal therapy visits.

Dave became involved in many of the activities for the patients, both at the Clinical Center and The Inn – unabashedly dressing up as the Easter Bunny, a crab, a chicken and other fun characters. “It feels good,” he said with a big grin on his face. “That to me is the fun part! And driving the bus. I got to drive the bus once.” In the early years, volunteers drove the ‘bus’ – the transportation between The Inn and the Clinical Center – adorned with colorful Warner Brothers characters.

Back then, Holly and Dave often spent entire weekends at The Inn checking patients in at the front desk, cleaning and re-stocking toys in the playroom, planting flowers in the gardens, doing just about anything they were asked to do – or simply noticed needed doing. They reminisced about The Inn’s unsung heroes, the evolution of the operational and fundraising boards, and the construction of the E Wing (an expansion project which Holly helped to make happen.) “Volunteering in such meaningful ways bonds you to an organization and a mission for the rest of your life,” reflected Holly.

The Inn is indebted to the Parkers for their three+ decades-long commitment to the families, staff, fellow volunteers, trustees, and board members of The Children’s Inn.

Learn more about how you can help the many children and families who call The Inn home.