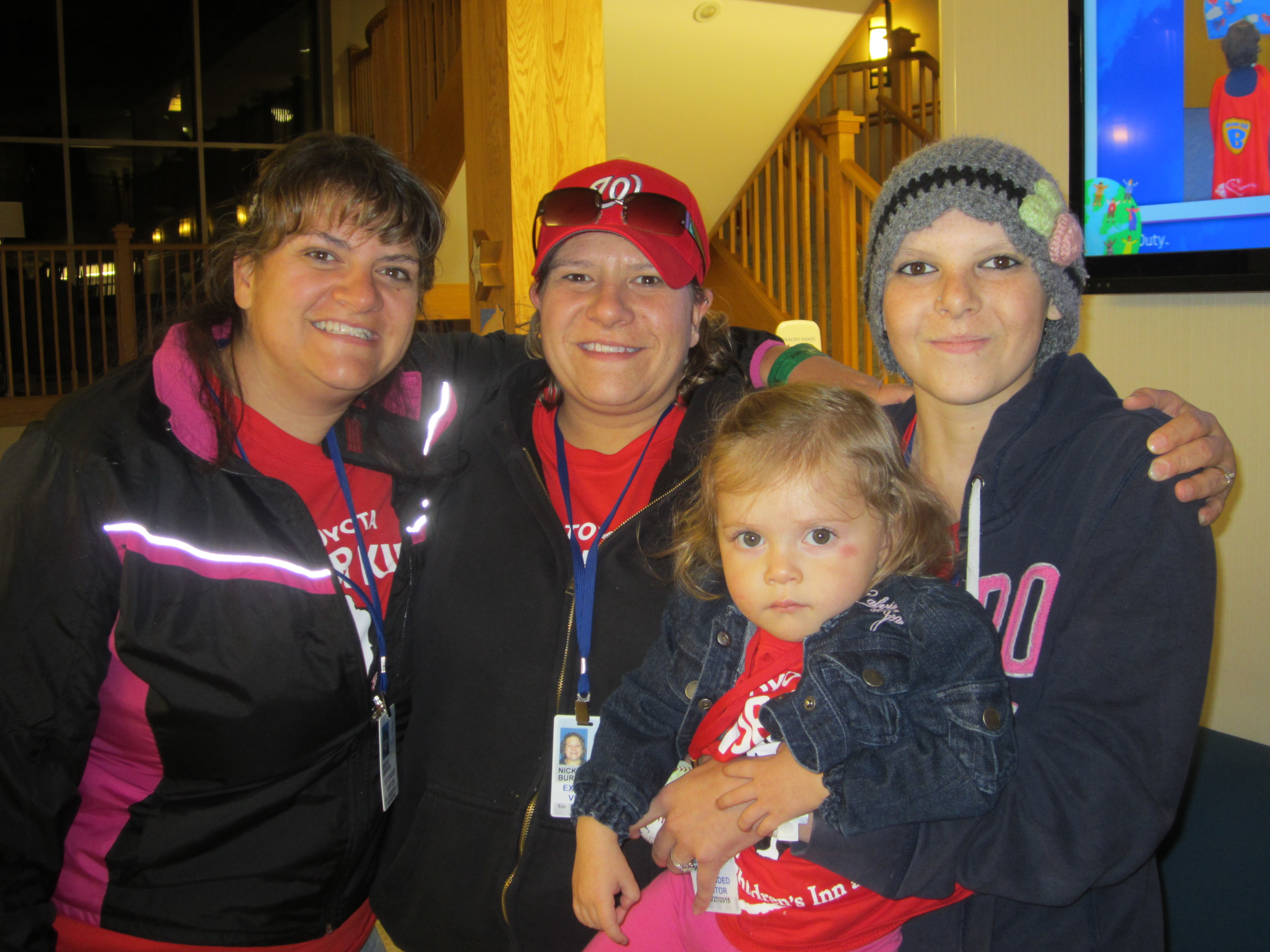 Inn resident Jordanne Perry is a 19-year-old with Synovial Sarcoma, a form of cancer. What makes her so different than most other Inn residents, though, is that she is also a mother of 2-year-old daughter, Isabella. Back home, near Rapid City, South Dakota, they live with her grandparents, her mother, Nicki, and Jordanne’s three siblings, Jacob, 16, Jacie, 9, and Cheyanne, 7. In September of 2013, Jordanne discovered a suspicious lump that had developed behind her knee. Her local doctor referred her to the Mayo Clinic in Rochester, Minnesota. After running a battery of tests, doctors at the Mayo Clinic told Jordanne and her mother that she had stage 4 metastatic cancer—it had spread and there were tumors throughout her body. The doctors there said that there was no hope—that Jordanne’s mother should just take her home and keep her comfortable.

“Jordanne is a fighter,” says Nicki. “She opted to have chemotherapy back home in South Dakota, but after she finished the chemo regimen, there were still at least 30 tumors left. We were not going to give up, so I went online and found a clinical trial at NIH that uses immunotherapy to attack the cancer.” Immunotherapy includes treatments that work in different ways. Some boost the body’s immune system in a very general way, while others help train the immune system to attack cancer cells specifically. After several visits to the NIH, Nicki says that Jordanne’s cancer has responded very well. “One year ago there was no hope, and now she is practically in remission.”

“Staying at The Children’s Inn has helped our family so much, especially being able to bring my Isabella along with me,” says Jordanne. “We have gotten so much support here from others here who are going through similar challenges.” Her mother adds that at home, “Jordanne always wears her hat to cover her bald head, but at The Inn the level of acceptance of physical differences makes such a difference that she is able to leave her hat off.”