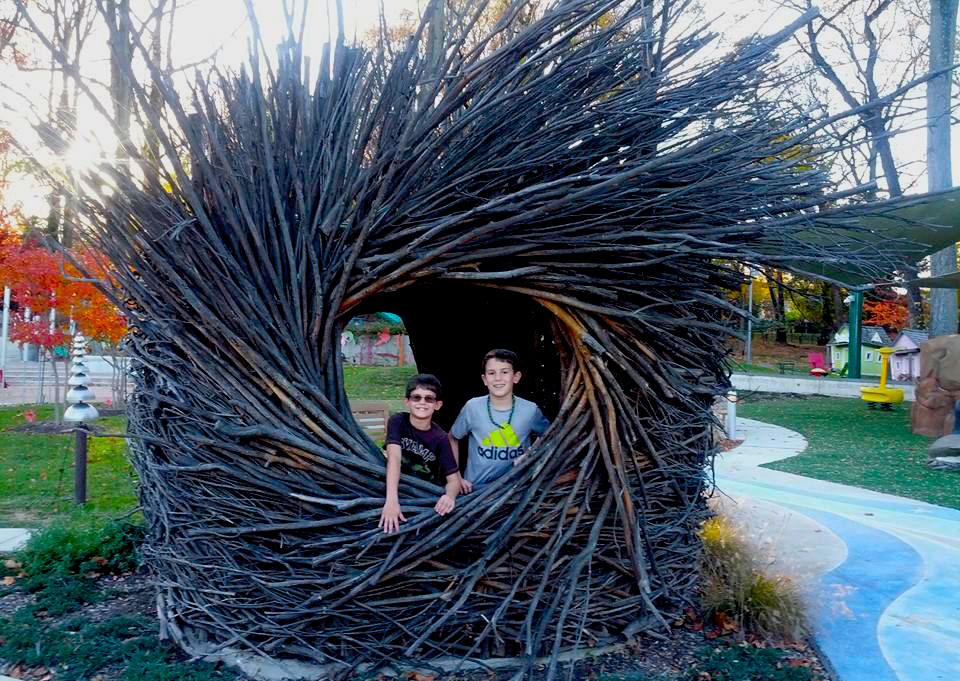 Hunter and Cody Salomon are brothers from Front Royal, Virginia who have been coming to the NIH for the past two and a half years to participate in a study to discover how to slow or stop the progression of a hereditary eye disease called Cone-Rod Dystrophy that can lead to decreased central vision, colorblindness, and sensitivity to bright lights.

The boys, ages seven and ten, come to The Children’s Inn with their mother, Lisa and their grandmother, Kathy, who also have the condition. Kathy is one of 12 siblings—five of whom are affected by it—and at least 20 cousins in Lisa’s generation also have Cone-Rod Dystrophy. Kathy had to stop driving when she was 22 and has been participating in research studies at the NIH for the past 30 years. Lisa has been studied since she was seven.

Hunter and Cody, who were diagnosed two years ago, undergo regular testing at the National Eye Institute’s clinic. Some of the tests can be very uncomfortable, such as electroretinogram (eRG) testing, which involves having a special type of recording contact lens placed on the eye. Then flashes of light are used to stimulate the retina and electrodes measure the electrical response of the rods and cones to the flashing lights.

At home in rural Virginia, Hunter and Cody hunt and fish with their father, Paul, help in the family’s garden, and even assist their mom with canning and cooking.“They love to prepare and eat what we catch and grow,” says their mom.

Cone dystrophy is caused by changes in certain genes that code for proteins. Scientists believe that researching the genetic causes of cone-rod dystrophy will help in the development of future therapies. “The hope is that participating in this study will not only help the younger members of our family, but will benefit future generations,” says Lisa.